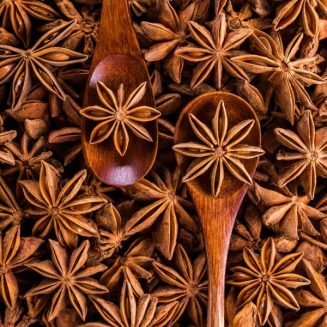 Quinces are one of my favourite fruits. Somewhat overlooked and under-appreciated, they magically transform from furry, knobbly things that look almost inedible to the most unctuous of cooked fruits with a layered, evocative flavour. And when you turn them into a jelly or preserve, they transmogrify from a nondescript, yellowish colour to the most celestial of all pinks.

In the autumn, I love to eat quince paste (what the Spanish call membrillo) with soft, ripe cheeses as a marvellous way to precede or complete a meal. And homemade quince jelly is a staple in my kitchen. We love it slathered over French toast with fried banana and mature cheddar and it is my secret ingredient in pan-fried fried mushrooms, stirred through at the end. And if you want to add a really special touch to lamb tagine, add a good quantity of quinces, cored and cut into chunks.

There aren’t that many foods that herald the change of the seasons in South Africa. Amid all the imported fruits and vegetables, it gladdens the heart to see quinces ripening in the hedges and gardens – this means that Autumn has really arrived. Historically, the quince was considered sacred to Aphrodite, the goddess of love and fertility. According to Plutarch, Greek brides chewed on a piece of quince to ensure sweet-smelling breath before entering the bridal chamber. The Romans continued the Greek tradition, representing the goddess Venus holding a quince in her right hand. Quinces were also presented to the bride and groom as a symbol of good luck and fertility.

After the discovery of preserving foods in sugar in the fourth century AD, Roman agriculturist and writer Palladius worked on the idea of baking quince strips in honey, which reduced its volume by half and resulted in a spread. As early as the seventh century, recipes for jellies prepared with quince juice and honey began to appear. In the Middle Ages, the quince was also highly valued. It was often served at tables of monarchs and aristocrats, who ate it at banquets and important culinary events as a sign of their stature.

The alchemist and seer Nostradamus, who was also a confectioner, wrote down several written recipes for quince compote. He explained that cooks who peel the fruit before cooking did not know what they were doing, as the skin actually accentuates the smell of the fruit. This is certainly true as the way to know that a quince is ripe is by smelling its faintly musty scent. The soft-fruit industry in South Africa has its roots in the famous garden that the Dutch East India Company established at the Cape of Good Hope, where Cape Town is today. It is therefore believed that Jan van Riebeeck planted the first quince trees in Africa from pips he brought from Holland.

In DH Lawrence’s poem Medlars and Sorb-apples, I can’t help imagining that he actually meant quinces when he wrote: “Something of the same flavour as Syracusan muscat wine/Or vulgar Marsala”. But my favourite verse involving the noble quince is the last stanza of Edward Lear’s The Owl and the Pussycat:

“They dined on mince, and slices of quince,

Which they ate with a runcible spoon;

And hand in hand, on the edge of the sand,

They danced by the light of the moon,

They danced by the light of the moon.”

Make the most of Autumn and go and get some quinces forthwith!

3 rooibos tea-bags, made into tea with 500ml boiling water

A dash of port or sherry

Dissolve the sugar in the hot, strong tea and add the star anise. Arrange the sliced quinces in a casserole dish. Pour over the sweet tea, tucking the star anise under the quinces. Cover and bake for about 20 minutes until cooked but still holding its shape. Strain and allow to cool, reserving the liquid.

Pour the reserved poaching liquid into a saucepan. Add a dash of port and the honey gently simmer until the liquid has reduced by about two-thirds. This should yield about one cup of syrup.

Preheat your oven to 180 °C. Then melt the butter in a straight-sided, heatproof pan. When it starts to bubble, neatly lay the quince slices in it, ending up with about two layers. Pour over half the syrup and allow to bubble over a medium heat for about 5 minutes. Keep whatever remains of the syrup for serving with the tartin.

Place the sheet of very cold puff pastry over the fruit, gently pulling the sides to cover the circle of the pan, and tuck in the corners. Bake for 30 minutes until golden brown.

Leave to cool slightly, then invert the tart carefully onto a large serving plate. Serve with whipped cream and the extra syrup.

One thought on “They dined on quince…”