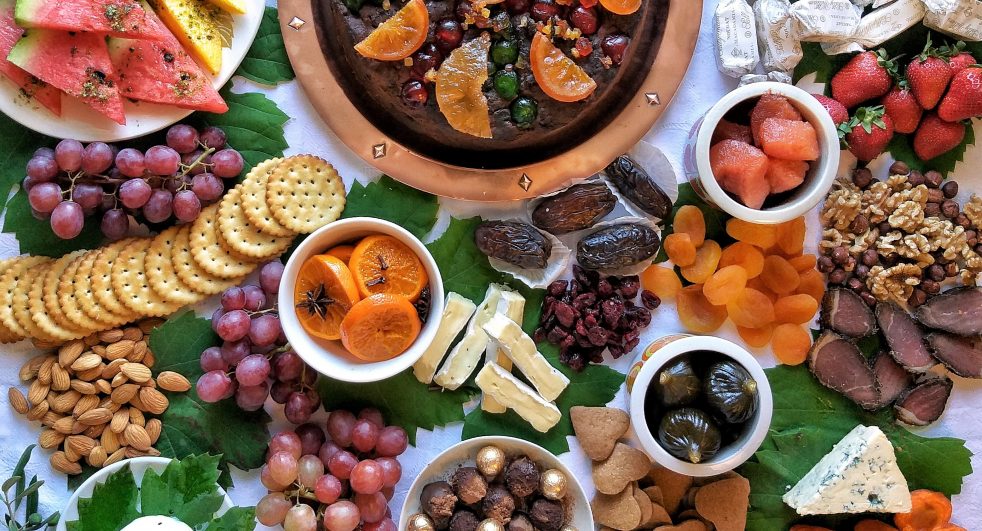 With all the recent focus on fermented foods it is all too easy to ignore the oldest of these: vinegar. It is my favourite fermented foodstuff, which I naturally gravitate towards using to add a sour note to savoury dishes. It was only after giving it some thought that I realised the reason: all great dishes contain a balance between sweet, salty, fragrant and sour – with the added magical note of umami. The latter is of course enhanced when the right balance is struck.

I always add a dash of balsamic vinegar to Italian tomato sauce to make it more flavourful, allowing it to evaporate slightly so the sour note is still subtle. This is what I find most fascinating about cooking with vinegar, it brings out the flavour of a dish, making the salty more savoury and the sweet more satisfying. You can also experiment with using different types or flavours of vinegar to complement different dishes such as white wine vinegar in sauces containing cream or coconut milk or tarragon vinegar with chicken or fish.

Unfiltered apple cider vinegar (with the ‘mother’ floating in it like a strange sea creature) is of course a superfood and is known to cleanse the digestive system and aid weight loss. Back in the 1990s, my mother took it daily to lower her pernicious hereditary cholesterol, with amusing results. When her GP tested her blood to see whether there was any improvement, he remarked: “I can’t explain it but you have a terribly high level of acidity in your blood, I can’t imagine why…” She was too embarrassed to mention it, but needless to say, the daily dose stopped. I still use apple cider vinegar as a failsafe cure to nip an impending cold in the bud. Except that I dilute it with two parts water, which makes it much easier to get down, especially chased by a small glass of fruit juice.  It takes the breath away but works like a charm!

It was round about the same time of the daily vinegar doses that I met my French cousin Daphneé for the first time. She was just eight years old with shiny brown eyes and raven curly locks. She walked into our kitchen as bold as brass and, to our astonishment, took a swig from the bottle of apple cider vinegar on the kitchen table. We soon discovered that this wasn’t at all out of the ordinary for her, she loved eating astringent foods from a remarkably early age. And she didn’t outgrow it either. When I saw her again as a teen, my aunt (who is Vietnamese) loved to make her a special condiment – rice vinegar in which paper-thin slices of garlic has been marinated. Sprinkled over a bowl of plain steamed rice and vegetables, it was elevated to a higher level.

Of course no rhapsody on vinegar is complete without waxing lyrical about balsamic vinegar. If you can get your hands on some that has been aged, so much the better, a balsam in more ways than one. The talented cook and food writer Tamasin Day-Lewis (the sister of the actor Daniel) makes the most sublime risotto surrounded with a jet-black moat of aged balsamic vinegar. It is a most inspired combination and what a sight; served in wide rimmed soup bowls the bright white risotto makes such a striking contrast to the syrupy black balsamic.

The recipe I chose to celebrate vinegar is a traditional one but may be unfamiliar to some. Vinegar pudding is a traditional Afrikaans recipe which gained popularity in the 1950s and still graces the Sunday lunch table all across South Africa. You can find it in the South African equivalent of Mrs Beeton’s Household Management: Kook en Geniet (“Cook and Enjoy”) but this recipe is a variation (with an added touch of preserved ginger) from Jeanne Horak’s blog cooksister.com. Don’t be put off by the rather prosaic name, a dash of vinegar in the sauce adds just the right amount of sour to cut through the sweetness. 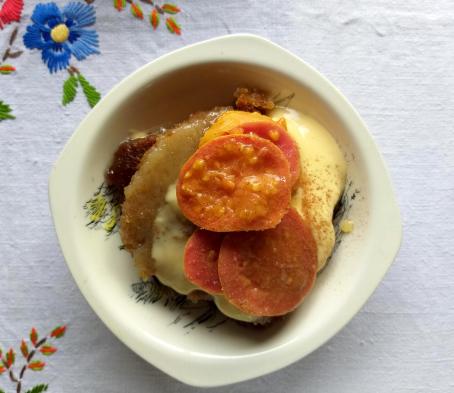 Serves 4 greedy people or 6 restrained ones

For the batter:
150g softened butter

Pre-heat the oven to 180 degrees Celcius. To make the syrup, heat the vinegar, boiling water and sugar in a saucepan over medium heat. Stir until the sugar has dissolved.  Bring to a gentle boil, then remove from the heat and stir in the diced preserved ginger. Set aside and allow to cool.

Cream the butter and sugar together in a small mixing bowl. In another small bowl or jug, beat the egg and the milk together, and whisk in the jam. Sift the dry ingredients into a large mixing bowl and then take turns to slowly incorporate the butter/sugar mixture and the egg mixture until all three are well combined.

Spoon the batter into a buttered ovenproof dish with enough room for the sides to be twice as high as the level of the batter. Pour the syrup carefully over the batter. It will seem as if there far too much sauce, but this is correct- the sauce bakes into the pudding as it bakes. Bake for 35-40 minutes or until a skewer inserted in the centre comes out clean.  Serve hot with pouring custard, whipped cream or vanilla ice cream.

One thought on “Hitting the right (sour) note”