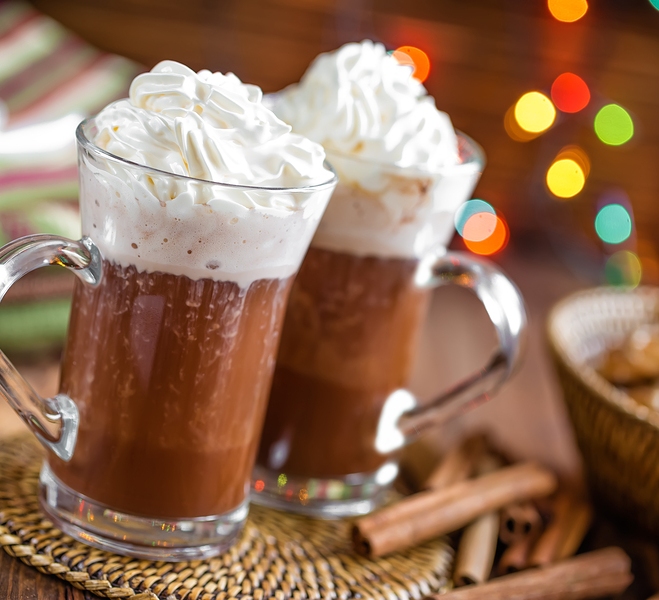 In Laura Esquivel’s seminal magic realist novel, Like Water for Hot Chocolate, food has a deeply transformative effect on all who eat it. In some Latin American countries, hot chocolate is made not with milk, but with near-boiling water instead. The Spanish phrase como para agua chocolate “like water for hot chocolate” has two meanings: to be boiling point angry or to be in a state of heightened passion. In both cases, this metaphor perfectly describes what happens when chocolate makes contact with milk or hot water, it becomes transformed, just as we become transformed by eating (or drinking) it.

It is of course beyond commonplace to say that chocolate has a unique effect on us. There is nothing more restorative: the mood is lifted, endorphins are released, we are revived, strengthened and energised all at once. In Isabel Allende’s short story Simple María drinking hot chocolate is a celebratory farewell to your loved ones – a passionate goodbye. “‘My time has come to die,’ was her only comment. She lay back in her bed, supported by three pillows whose cases had been starched for the occasion, and drank a jug of hot chocolate in one swallow.”

Now that’s the way to go! These marvellous stories captivated my imagination as a teenager, connecting me to the symbolic origins of chocolate, where in actuality it was used as a sacrifice to the gods. In my recipe for hot chocolate, I imagine the chocolate acting like a direct line to ancient Mesoamerica, to the chilli to India, to cinnamon from Indonesia and nutmeg from the Spice islands, resulting in an amalgamation of cultures and flavours, giving new meaning to the phrase “melting pot”.

The best hot chocolate I have ever tasted was in Spain. I was nine years old and my uncle took us to the village market for the day. My mother bought me a locally made doll’s tea set, hand painted with tiny flowers. He then took us down an alleyway leading to a shadowy and rather menacing bar, one of those where the floor is all sticky from years of spilt beer. We sat down and the bar lady surprised us with the most marvellous hot chocolate. It was deep and rich and quite thick, almost mousse-like.

Break the slab of chocolate into blocks, reserving 6 to keep aside. Place the rest in the fridge for at least 30 minutes, or freeze for about 15 minutes. Blend the rest of the chocolate, sugar and all the spices (excluding the cinnamon quills) in a spice grinder until a coarse, soft mixture is formed.

In a small bowl, mix the cocoa with the sugar spice mix and add the salt.

In a saucepan, gently heat the milk and the cinnamon quill, whisking in the cocoa and spice mix. Beat with a whisk until frothy. Do not boil.

Place a square of milk chocolate in the bottom of a latte glass or wide earthenware cup. Pour the hot chocolate through a tea strainer until the glass is three-quarters full. The final flourish is a dollop of cream dusted with cinnamon. Serve with a fresh cinnamon quill to stir the melted chocolate and plain crispy biscuits or cigar-shaped tuiles on the side.

One thought on “Cocoa de Loco”